Newspaper cuttings from the life of Warwick Brookes 1875-1935 MP

Here are some further photographs, and news clips from The Times, relating to the life of Warwick the MP. 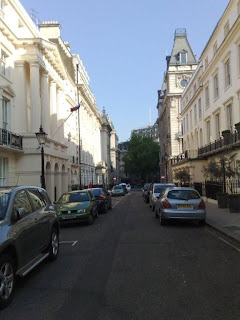 This is Suffolk Street, London SW1, the street where Warwick's London residence was. 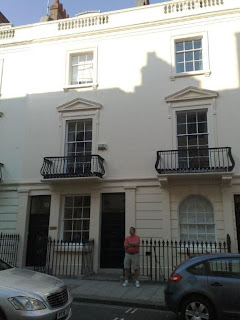 This is the actual residence, to the rear of Her Majesty's Theatre. Off Pall Mall, it is within walking distance to Whitehall. 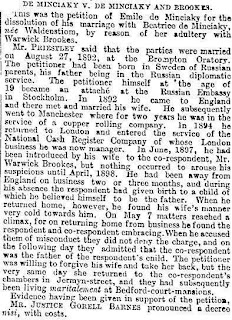 Warwick led a colourful life to the full. This is a divorce case listed in The Times, in which he was involved. Warwick married Beatrice in 1900.

The notice of his death, clipped from The Times.

Again from The Times, details of his funeral. He is buried at Cowes Isle Of  Wight, where he passed away during yacht racing at Cowes Week.
Posted by Peter Berry at 10:01