The residence marked 'A' on the Google Street view above is the present day 128 Park Lane, London. Back in 1908 this was number 38 Park Lane, but was officially re-numbered as 128 from 1934. This can be seen here: Survey of London Website, which also lists residents through history.

One resident was Mr. Warwick Brookes, (1875-1935), his wife Beatrice (nee Waldenstrom), and their children John and Claire. Amongst my Brookes memorabilia I have a gold leaf, leather bound ledger, which was prepared in December 1919 as an inventory of house contents by Messrs. Waring & Gillow Ltd., valuers, of 180 Oxford Street, London. The book lists each room, complete with all contents, and their value. The total value of contents can be seen below, which by present day standards is huge. Other interesting facts to emerge are the large number of servants employed, as can be seen from the list of the values of their possessions, and also the fact that the family obviously owned drawings by my grt grt grandfather, (Brookes' father's uncle), but didn't attach any great value to them, as they are all hung in the housekeeper's room, with individual values of around 10/- (50p). 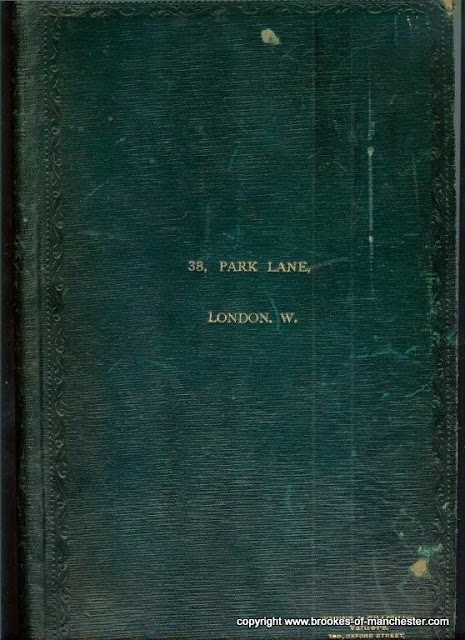 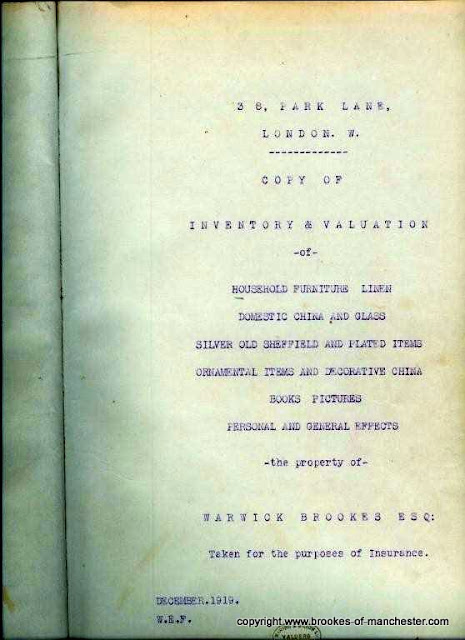 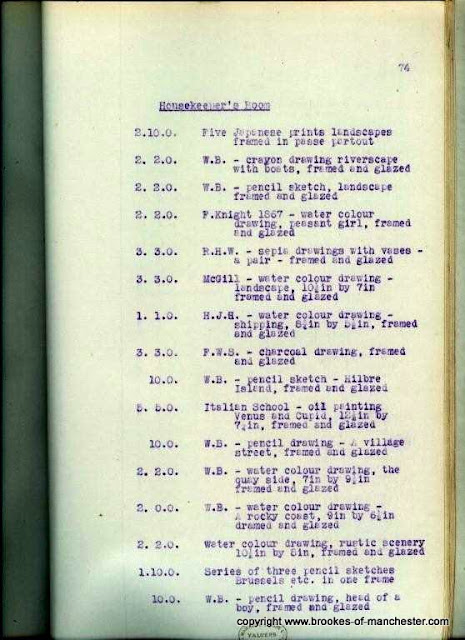 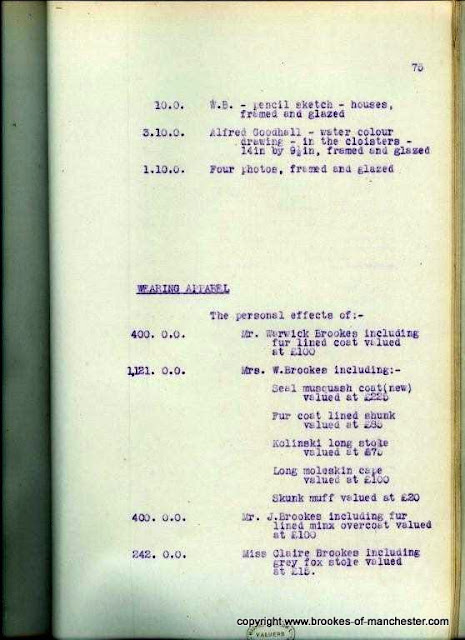 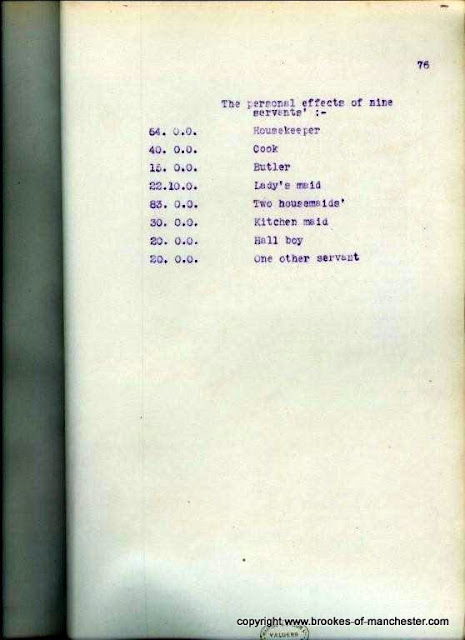 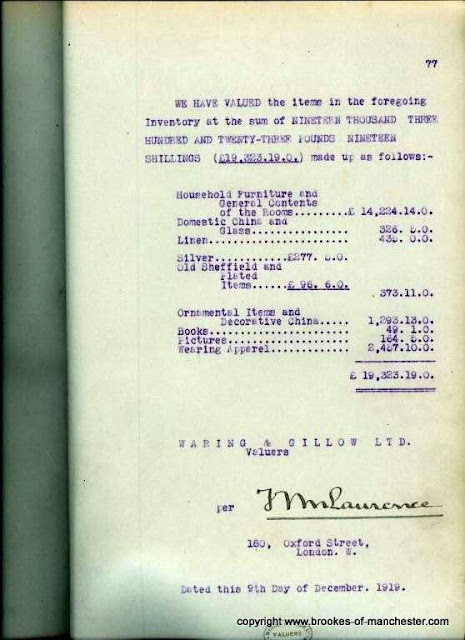 The house is documented as being owned at this time by Sir Edward Mackay Edgar, a Canadian-British banker. He was a keen power boat racer and won the The Harmsworth Trophy in two consecutive years, 1912 and 1913 with his boat Maple Leaf IV. See also British International Harmsworth Trophy. The previously mentioned associate of Brookes, Lord Hardwick held a similar interest and owned his own boat Glisseuse, an 18 foot hydroplane, in 1910. I can only presume that the shared interest in boats and racing, (although Brookes' interest was in yacht racing), led to the association with Brookes, thus leading to him renting the property from Mackay Edgar. During the 1920's crash, Mackay Edgar shared the same fate as Brookes, - bankruptcy.