A Letter From Warwick Brookes The Artist

Contained within the April 1st 1871 edition of The Manchester Guardian is an article as follows:

Honours To A Manchester Artist, - We have repeatedly alluded with great pleasure to the beautiful drawings in pencil and pen and ink by Mr. Warwick Brookes of this City, of single figures and groups of children. They have been seen at various local exhibitions. Recently Mr. Gladstone saw some of these drawings at the residence of Sir Walter James, and borrowed them to show to the Princess Louise. The Princess, who is known to be an accomplished amateur artist, showed them to the Queen, who expressed a desire to purchase some of Mr. Brookes's drawings. Her Majesty has selected four, and characterized them as 'really charming'. The Queen has also without solicitation, directed that Mr. Warwick Brookes's name should be added to the Civil List for the amount of £100 per annum. Portfolios of photographs from his sketches have also been purchased for The Royal Academy and for The South Kensington Museum. We are glad that our able and modest fellow-citizen is being thus appreciated. 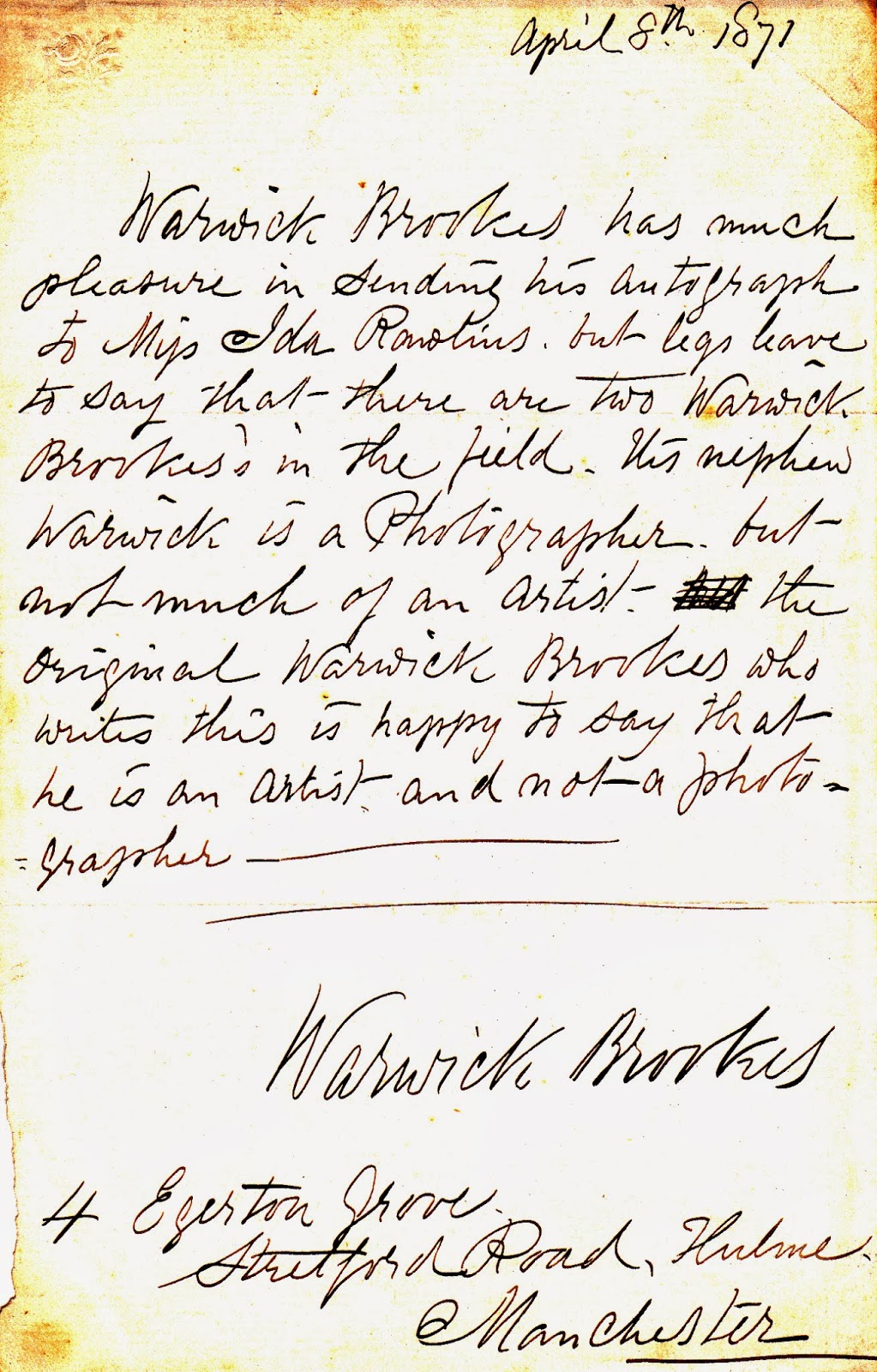 I have recently been lucky enough to find and acquire from a London dealer, an original letter from Warwick Brookes, artist, dated 8th April 1871. The letter is written by Brookes in the third person to one Miss Ida Rawlins, (who it appears had written to Brookes to request his autograph). Brookes explains that he is not the only Warwick Brookes in the district, but he has a nephew, also Warwick Brookes who is a photographer, but not much good at art. I can only imagine that Ida Rawlins had read the Manchester Guardian article on the 1st April, and as a result, had written to Brookes asking for his autograph, causing Brookes to reply on the 8th.

Funny how history comes together isn't it.
Posted by Peter Berry at 18:18 No comments: