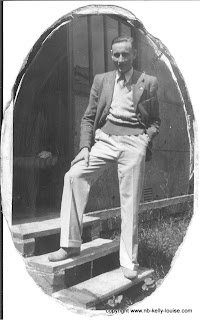 
This particular photograph was taken at Cunningham's Camp, <Click> Isle of Man, circa 1938/1939. 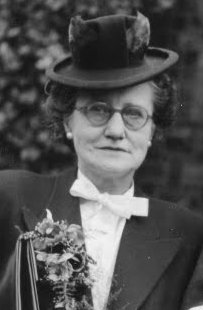 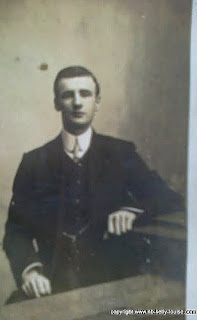 Jeff served during WW2 in the Royal Artillery, and was present at an anti-aircraft gun battery during the blitz of Coventry. He later served in Burma for the duration of the war. 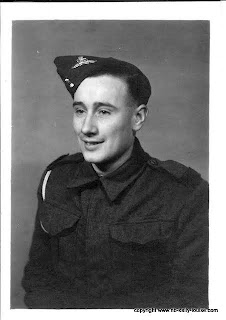 The above image was taken by a photographer at Redditch, and dates from his early service. 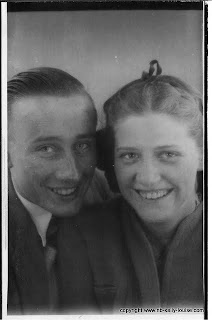 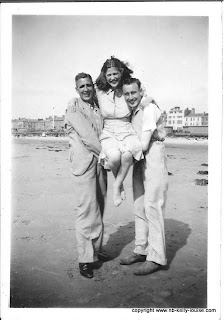 The above photographs, from July 1940 are with my mother, Marian (Greenhalgh) 1922-2005. Before the war Jeff worked for George Banham and Co. Griffin Mills, Lime Street, Farnworth, Lancs. <Click>, who manufactured machine belting and fire hoses. Marian, whose parents Harry c1893 and Mary (Mitchell) 1892-1966, ran a small newsagents shop in Little Lever, near Bolton, worked for Messrs. Dobson and Barlow, <Click> at their Bradley Fold plant, where, during the war they made Lancaster Bomber aircraft wings. 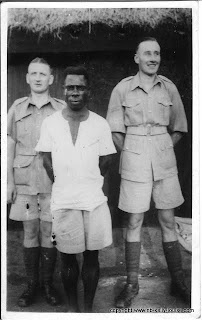 The next two images are from Jeff's service in Burma, where I believe he made the rank of battery quartermaster sergeant. <Click>. 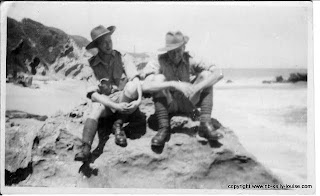 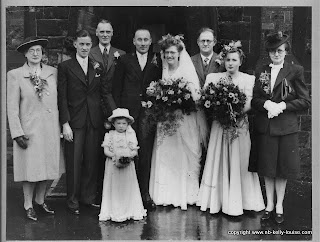 Jeff and Marian took over her parent's business, the newsagent in Little Lever, and later diversified around 1956, by buying the property across the road at 7 and 9 Lever Street, which was the old Doctor's surgery. They converted part of the property into retail premises selling radio, television, and electrical household appliances. Between this date and 1980, not only had they grown the electrical business to become one of the largest TV rental businesses in the area, but had also grown the newsagent business by buying up three adjoining properties and developing that business into one of the largest retailers of news and magazines in Bolton, being the second largest customer account of W.H. Smith Wholesale News. 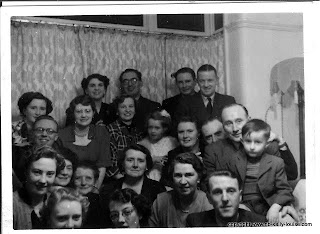 The above is an early family gathering, before my time, an engagement party for Jeff's sister Benita and her future husband Ben. My older brother is sat on Jeff's knee. There are several Brookes' in the photograph. 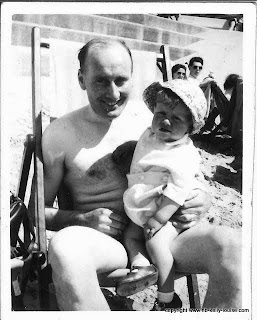 In the early 60's Philips, manufacturers of radio and televisions in Croydon, <Click> flew a group of their top retailers to view the new production line of the "Snowdon"  19TG112A chassis range of TV set for release in 1962, a non-convertible 405 line set that was the more reliable forerunner of the twin line models that could also receive the new 625 line system to be used by the soon to be launched BBC2 channel. 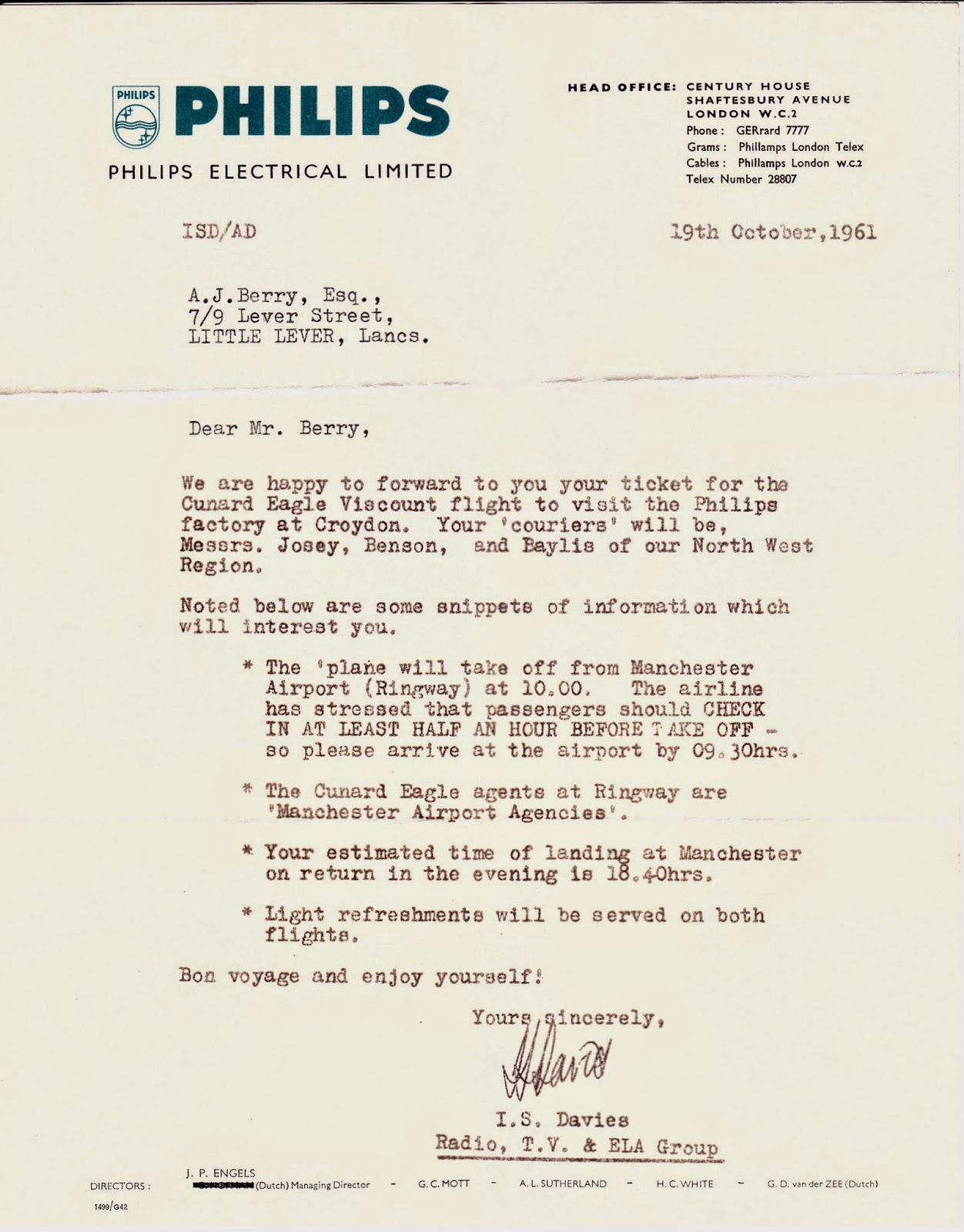 The following two images are of Jeff on that day. 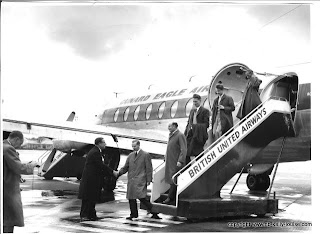 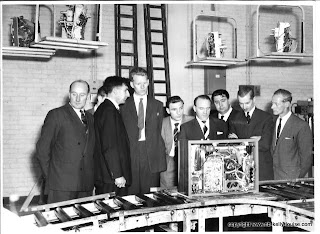 They were flown there by Cunard Eagle Airlines, and were given a day out by the company to promote the latest design in TV production. The Snowdon used the old standard "405" line system, and as such only received two channels, BBC and ITV, but its design was a "stepping stone" towards later "twin line" models that had built in future proofing in that they were supplied ready to be used with the coming of the new "625" line system, and a new channel BBC2, which was to be launched on April 20th 1964. (The launch had to be aborted due to an unexpected power cut). To serve this dual purpose, the chassis had two large, multi-contact lateral mechanical switches, which ran the length of each of the internal panels, and was connected by a cable to a second channel control knob to change between the two tuner systems. I remember they gave huge problems as they became "dirty", and were largely responsible for keeping TV service engineers in work at that time, and the reason why customers preferred to rent and not buy! Things have certainly changed since then. 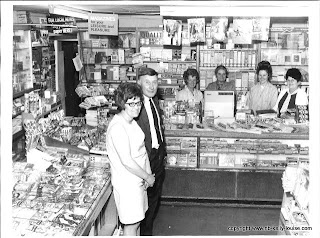 This is Jeff and Marian with their staff in the early days of the newsagent business at 4 Church Street, Little Lever.

Both me and my older brother worked in the business until 1987 when I left. I later returned to take over the newsagent side of things with Margaret in 1994, when Jeff and Marian, somewhat belatedly, decided to retire. They were lucky enough to develop and grow their business during the heyday for small businesses. The coming of the supermarkets, together with rulings from the government regarding the "closed shop" method of retailing news and magazines, and the relaxing of Sunday trading laws was soon to change things forever.