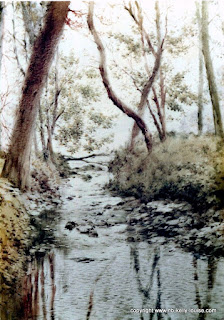 
This is an example of the work of my Grt. Grandfather, William Terry Brookes, son of Warwick Brookes 1808-1882. Painted in 1923, it is one of several examples of his work I own, they are usually watercolours. We have one example in oil, there may be others. All are landscapes, and are often of the Marple Bridge area of Cheshire, and The Isle of Man. We believe that the picture on the left is of Colby Glen, <Click> Isle of Man. This information was provided by his grand daughter, my auntie.
The current photographs on the Isle of Man website seem to verify this also. 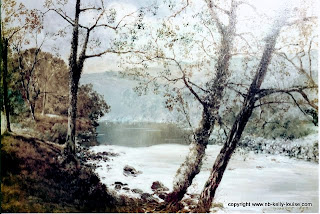 To the right is the only oil painting we have, painted in 1892 on stretched canvas. 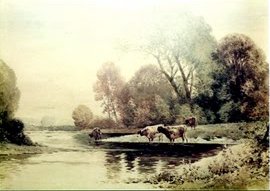 Another watercolour, this one was painted in 1912.


672
W. T. Brookes - Country lane with cottages and figures, and another similar, a pair, both signed with initials and dated 1919, watercolours, together with another watercolour by the same artist - woodland scene, signed and dated 1918. (3)
Sold for £235 inclusive of Buyer's Premium.


This is a photograph of Hannah Langley, William Terry Brookes' wife: 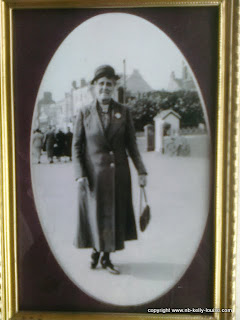 William Terry Brookes and his wife Hannah are buried in Stretford Cemetery, Manchester, plot number H288, next to his son William Langley Brookes who is in plot number H287.
.